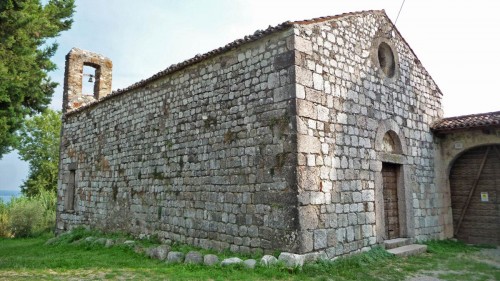 The Church of S. Emiliano in Padenghe rises outside the current town, on a small morainic "promontory" not far from the mighty bulk of the castle, on the road to Lonato...

The Church of S. Emiliano in Padenghe rises outside the current town, on a small morainic "promontory" not far from the mighty bulk of the castle, on the road to Lonato. It is a small religious building from the Romanesque period, built in stone and chronologically datable to the 11th-12th century. Its first mention is in a bull of Pope Eugene III of the year 1145, according to which the church of S. Emiliano is dependent on the bishop of Verona (S. Emiliano, dedicatee of this church, lived in a region now Romanian and he was martyred in the 4th century).

The building has a rectangular plan with a semicircular apse to the east, a sloping facade to the west and a single nave. In the sixteenth century, according to scholars, the interior of the church was radically restored and on that occasion, in addition to a probable refurbishment of the roofs and some sections of the walls of the eaves, the small bell gable grafted to the north-east corner was built.

S. Emiliano lost its cultic importance precisely in this period, when the new parish church was built in the center of the town. The decline continued, until the final abandonment and desecration of the temple. The church was restored in the 1950s, when its ancient Romanesque structures were discovered. The church is appreciated above all for the homogeneity and compactness of the architectural apparatus.

The church is now visible on three sides: the facade, the north side and the apsidal area: as already mentioned, however, the south longitudinal wall is closed inside more recent rural structures. The small church is built with ivory-gray stones of local origin, integrated with slightly larger stones, always roughly squared and just leveled in the visible faces, of pink color, used the latter especially in the door jambs and in the edges (studies speak of medolo, horns, Botticino marble and red Verona marble).

The gabled facade, absolutely devoid of decorations, is affected, in the southern part, by the construction of the door with a canopy that forms the entrance to the rural area. The oculus inserted in the center, above the entrance, is also a modern realization; on the contrary, the structures of the portal are original, consisting of a simple rectangular opening inserted into jambs in red Verona marble, monolithic on the right and composed of two sections on the left, the smaller one supporting the horizontal architrave, all surmounted by a projecting arched lunette made of four blocks, again in red Verona marble; just above this arch a pink stone is walled up, square, with a Greek cross carved in relief, chiseled in three of the four arms.

The current building measures 9 steps in width by 16 in length measured at the north-east corner, plus three steps of maximum extension of the apsidal hemicycle. Access to the single hall of the church is facilitated by two steps, due to the fact that the concrete floor is raised above the level of the churchyard by about half a meter. The interior is poorly lit, since the only openings to give light are the oculus of the facade, the two single-lancet windows in the apse and the French window. 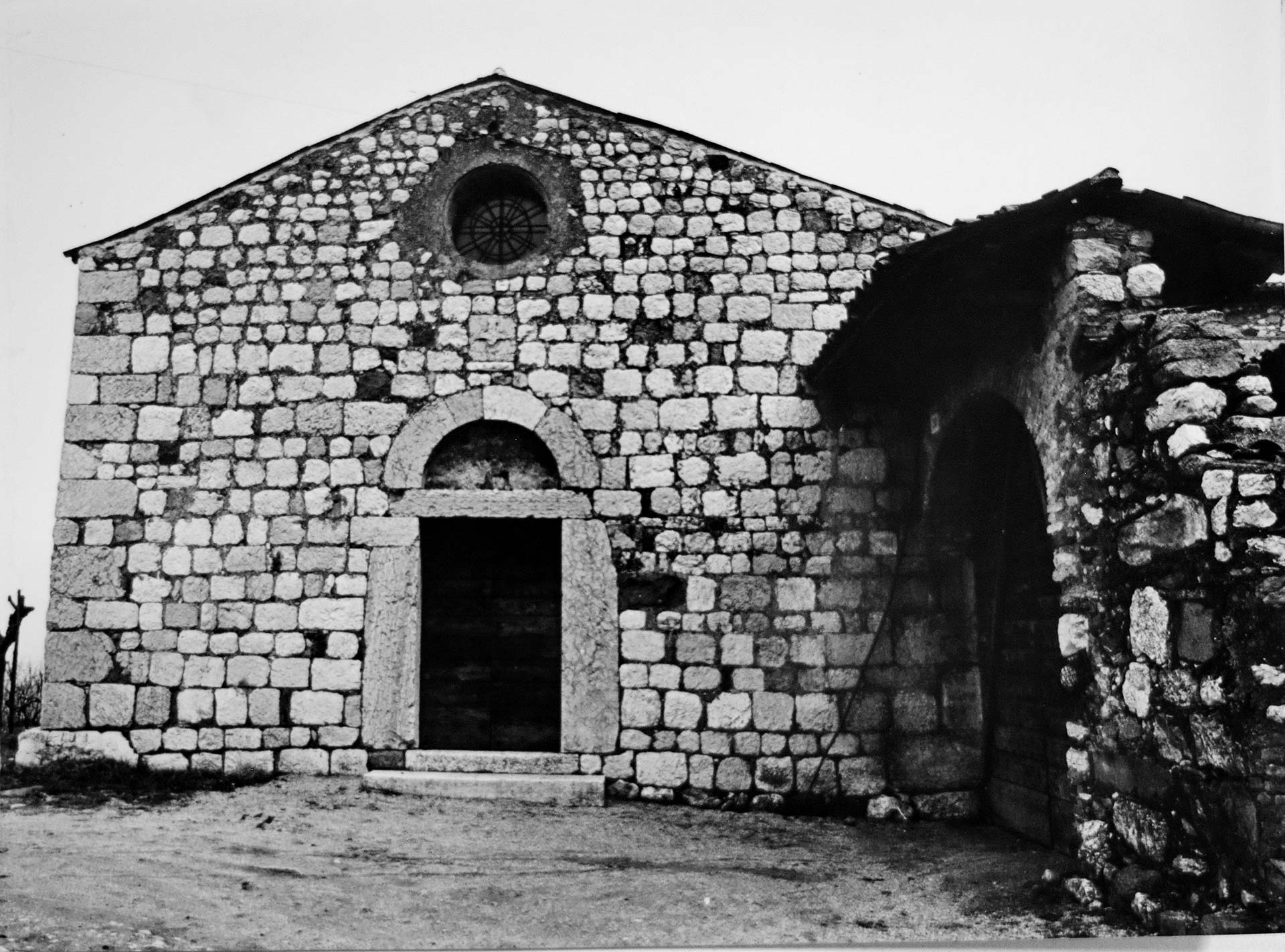 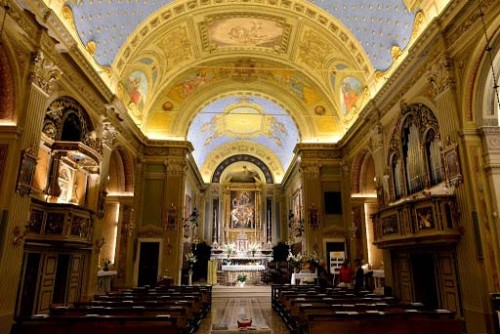 The Church of Santa Maria Assunta

What immediately catches your eye about the Padenghe Cathedral is the atypical location, at a road intersection and in a peripheral area. The case is quite rare, perhaps unique: in fact all the parish churches of the neighboring villages are located in the center or in a dominant location...

What immediately catches your eye about the Padenghe Cathedral is the atypical location, at a road intersection and in a peripheral area. The case is quite rare, perhaps unique: in fact all the parish churches of the neighboring villages are located in the center or in a dominant location. This atypicality suggests that the building was originally a shelter for foreigners and pilgrims, most likely built by the Benedictine monks of Maguzzano. The date of construction is unknown: the first mentioned is 1454, the year of the pastoral visit of Bishop Ermolaio Barbaro who, on that occasion, consecrated the Church of S. Maria and dedicated the High Altar to the Nativity of the Virgin.

On the facade there are six internal pilasters, three equal spaces in which the portal and the two niches containing the statues are placed. The statues of the Saints Emiliano and Cassiano are in Baroque style. The portal is surmounted by an inflected and broken tympanum, with a vase with a flame in the center, hanging encarpi and a large cherub head. The building has a single nave, with a barrel vault and a rectangular presbytery. The bell tower was finished in 1616, as evidenced by an engraving on the outer wall, while the sacristy was completed in 1742 and frescoed by the painter Falli di Pratello.

Currently the Church has eight altars: 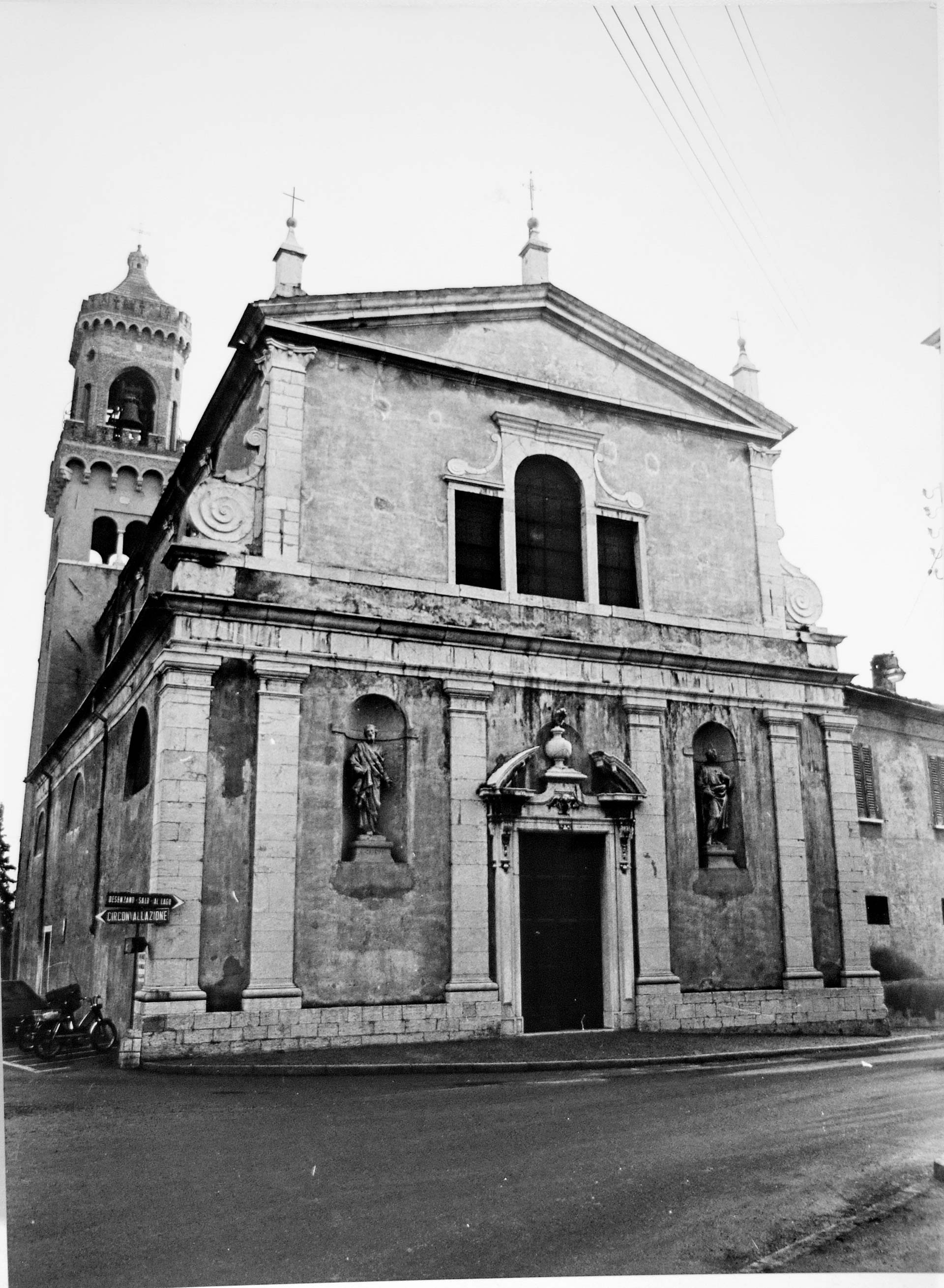 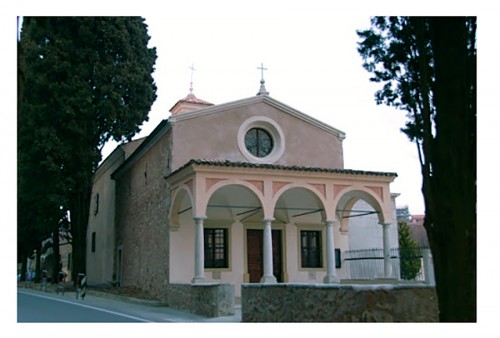 The Sanctuary of the Madonna della Torricella

It stands between an tree-lined road of cypresses among the oldest in Europe and the country's cemetery, on the road that leads from Padenghe to Soiano. The church was erected to commemorate the apparition of the Virgin Mary to a mute boy and girl who from that moment began to speak. 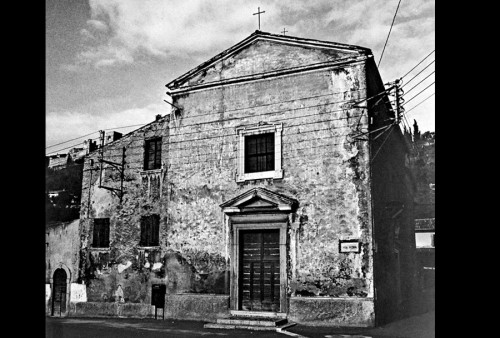 The Church of the Discipline

Located in the district of Villa, dedicated to the Madonna della Neve. Inside, an interesting painting of the Beheading of San Giovanni Battista del Malosso. In a reliquary there is a very graceful porcelain Mary Child. 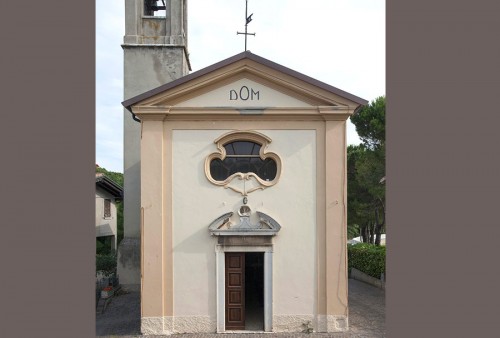 The Church of the Visitation of the Blessed Virgin Mary

Located in the hamlet of Pratello, dedicated to Sant’Eurosia. It was erected by the will of Luigi Nicolini. Construction began in 1720 and the entire population took part. The church has a single room with a barrel vault and is very pleasant inside.